Hello and welcome to our website, where we would like to inform you about our activities and experiences with pure breeding and cross breeding of Chianina cattle as well as current offers regarding animals to be sold. Since 2005 we have been breeding the rare Chianina cattle in the World Heritage Site “Upper Middle Rhine Valley” near Sankt Goar (Germany). The pure breeding will have started with 2 young ferries from Italy which today are the “original mothers” of the entire herd. The herd was consistently built up by insemination with sperm from Italy. All animals are registered and listed at the FHB (Fleischrinder-Herdenzucht-Bonn e.V.).

General information about the breed of cattle

The porcelain-white Chianinas (Razza Chianina) also known as “the white giants from Italy” are one of the oldest and most noble cattle breeds in the world. Chiusi, in the southeastern tip of Tuscany, adjacent to Umbria, was once the royal city of the Etruscans. Cattle were bred in the valleys of the middle Tiber and Chiana rivers 2.500 years ago. Even at the beginning of the 20th century, the big farmers and their half-rent farm laborers kept the mighty porcelain-white oxen as load and transport animals, which explains their large scope.

In the early thirties, the government commissioned the zoological institute of the University of Florence with a breeding plan. The “breed” of Chianina beef has become so standardized and soon praised as the best in Italy or even the world.

The bulls are on average 1.80 meters tall and reach a weight of 1500 kilograms. The cows reach up to 1.60 meters and weigh around 800 kilograms.

The most striking feature of the impressive breed of cattle, however, is the initial brown coat at birth, which assumes a porcelain white color in the adult animal. This circumstance also gives the Chianina cattle its special nickname.


or Fiorentina – steak are probably the best known terms used in the context of Chianina cattle in terms of meat production.

An exquisite specialty in Italy. You get a real Bistecca alla Fiorentina only in a restaurant of Italy, if it is characterized by a sign at the entrance as “amici della chianina”, so as friends of Chianina.

The juicy meat impresses with its aroma and a high protein content. This gives the meat an impressive delicacy and an incomparable taste.

For over 10 years we have been successfully using Chianina bulls in crossbreeding for meat production.

What are the advantages of crossbreeding with Chianina bulls?

Well, our experience shows that even with small cows there are no problems with calving. The crosses form a large frame which contributes to the fact that the animals do not tend to obesity.
This in turn offers the possibility to market the animals very well even at a higher age.
Thus the crosses Chianina bulls offer the ideal basis for excellent quality in meat production.

Below you will find a small overview of the current stock of Chianina bulls in or from our breed:

Herkules is our current breeding bull in pure breeding 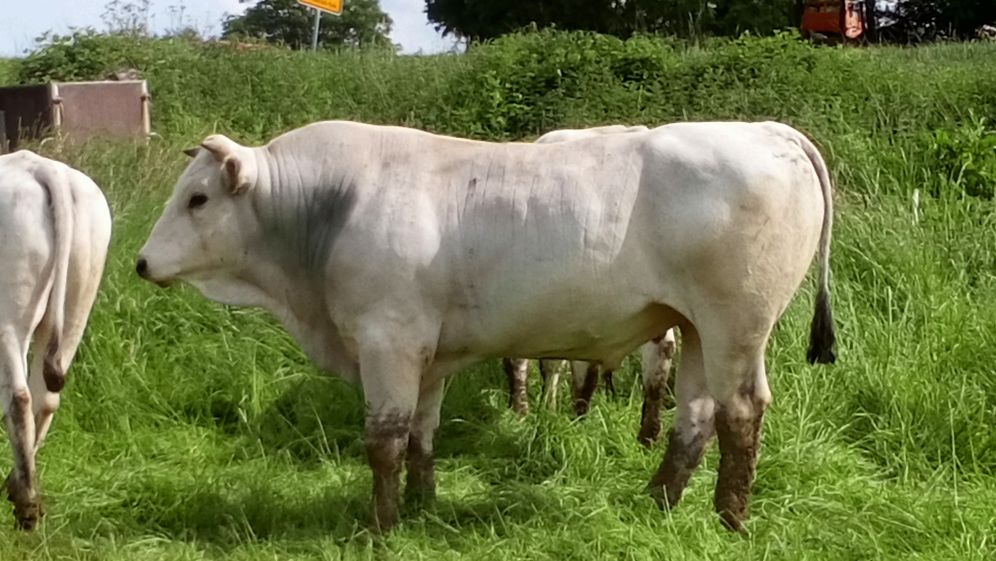 Enzo, our “old bull” is used in crossbreeding. 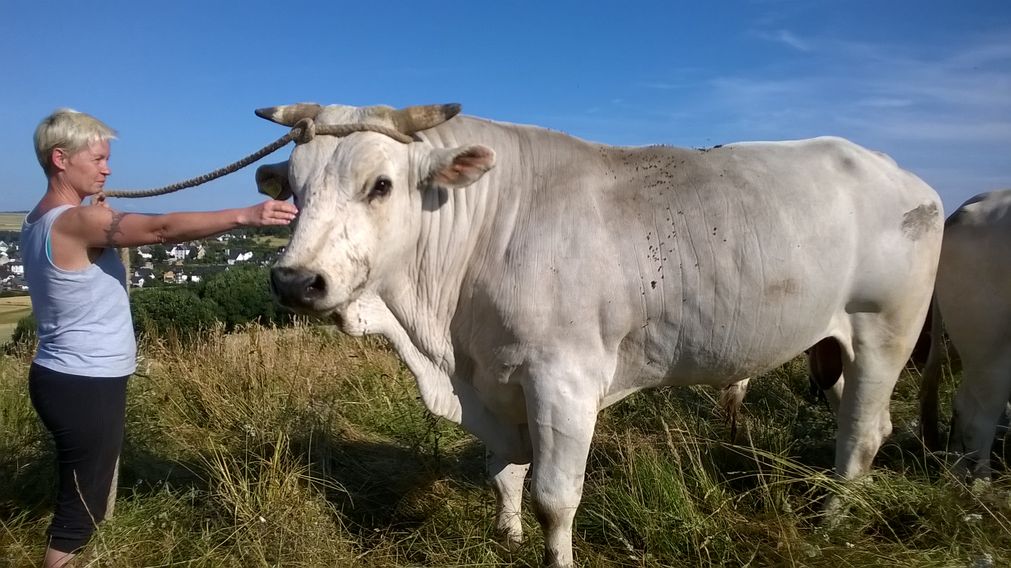 Below you will find a small overview of the current stock of Chianina cows in or from our breed:
Rugiada (*21.09.2005) 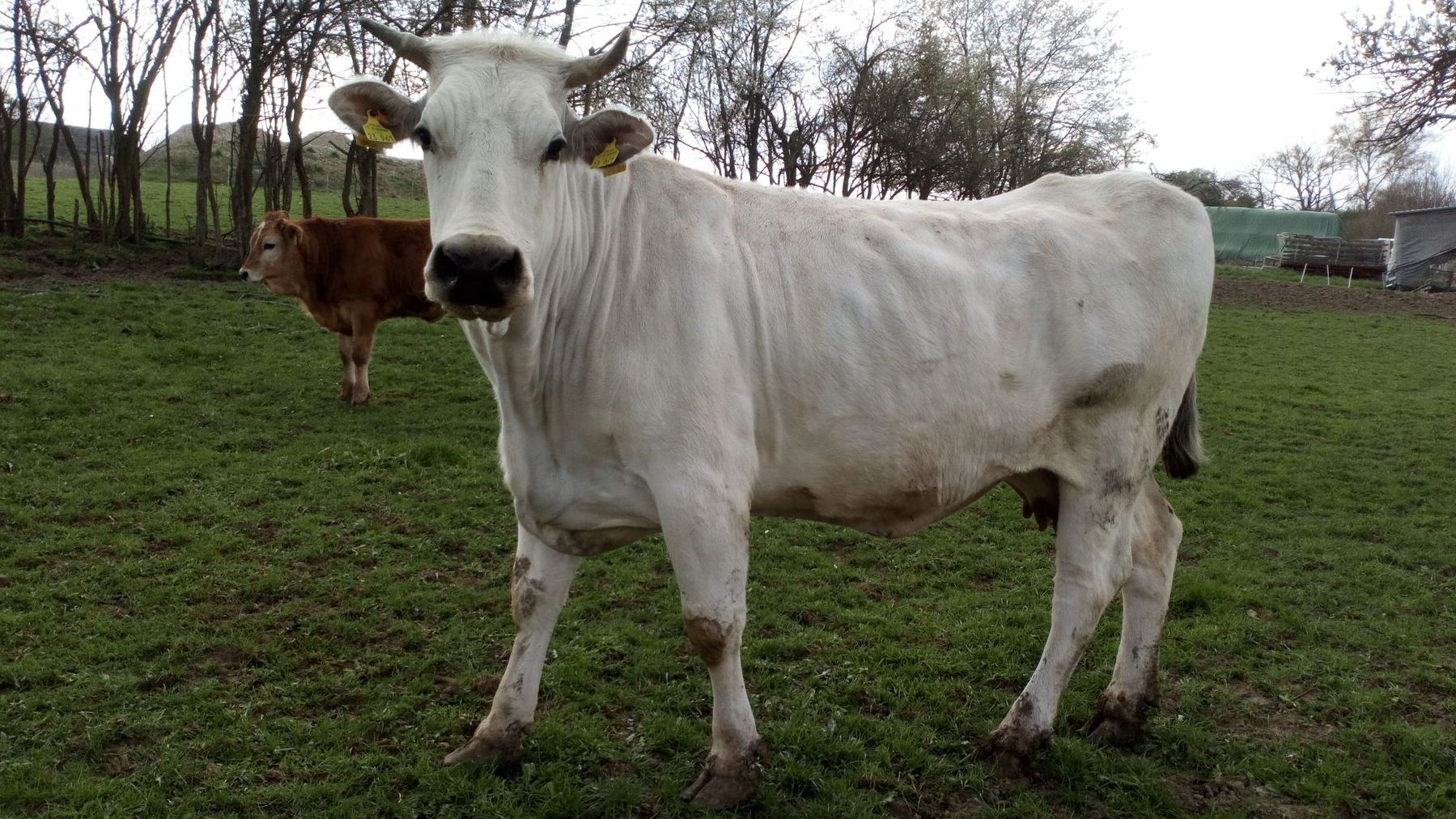 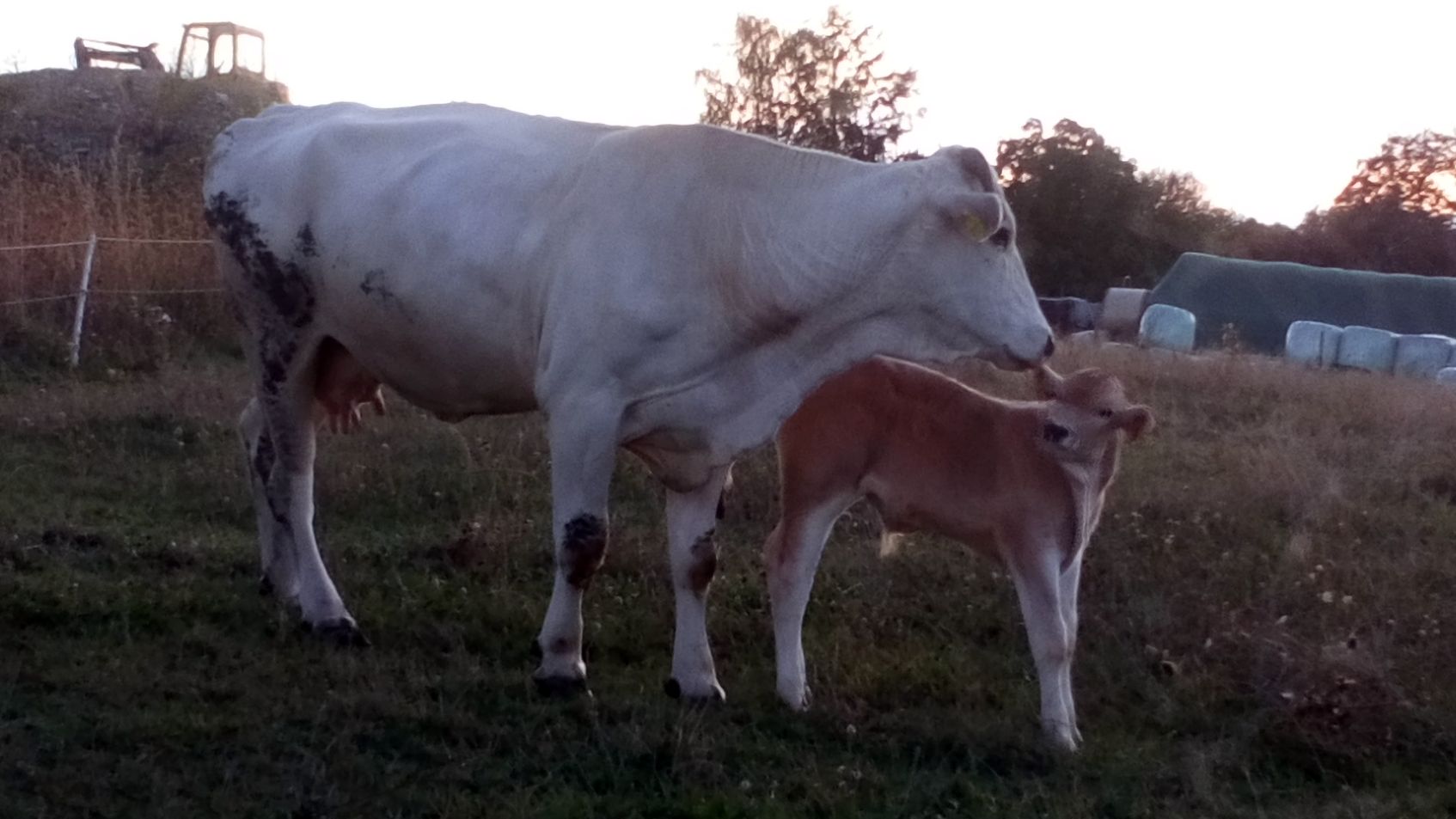 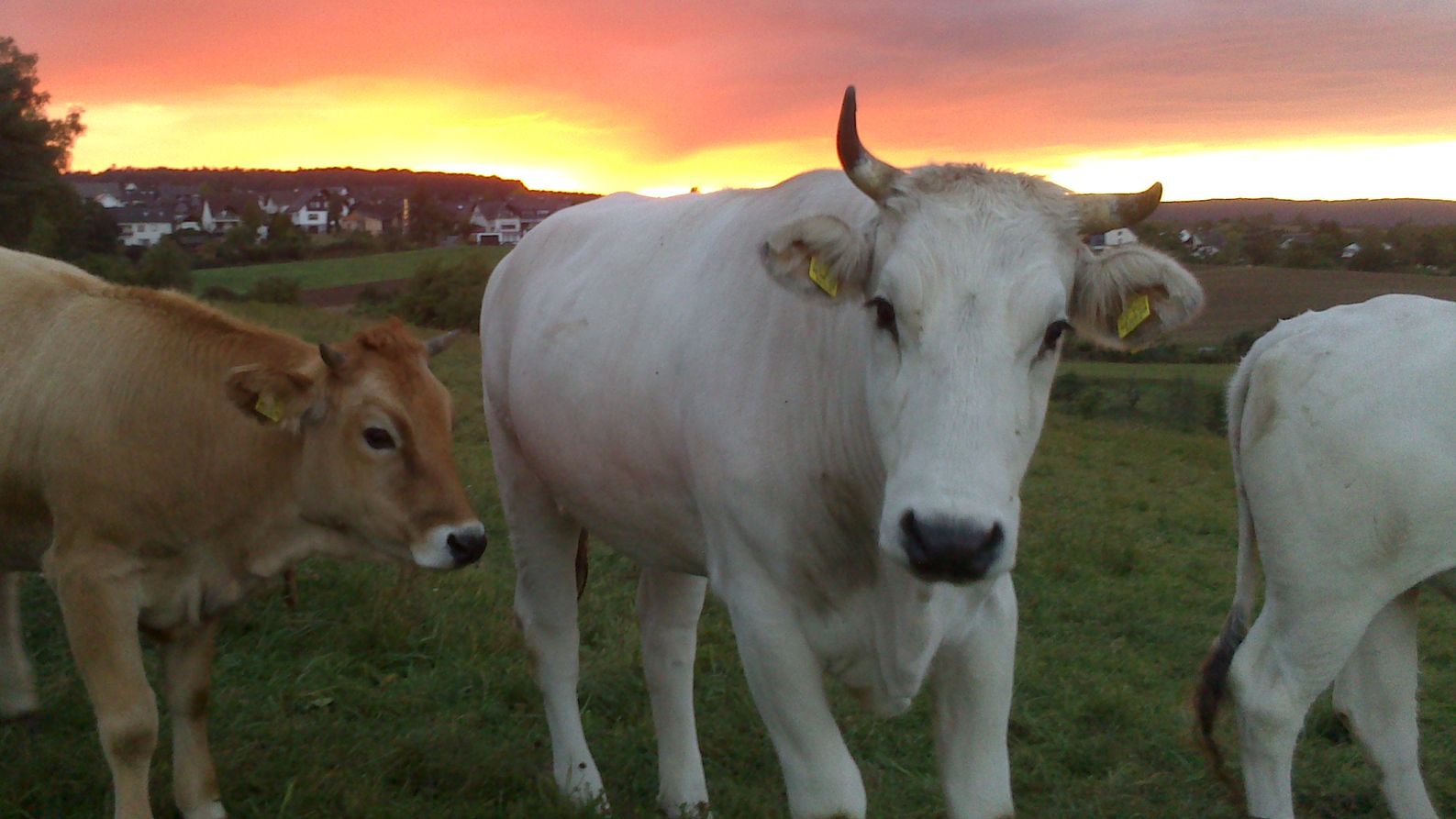 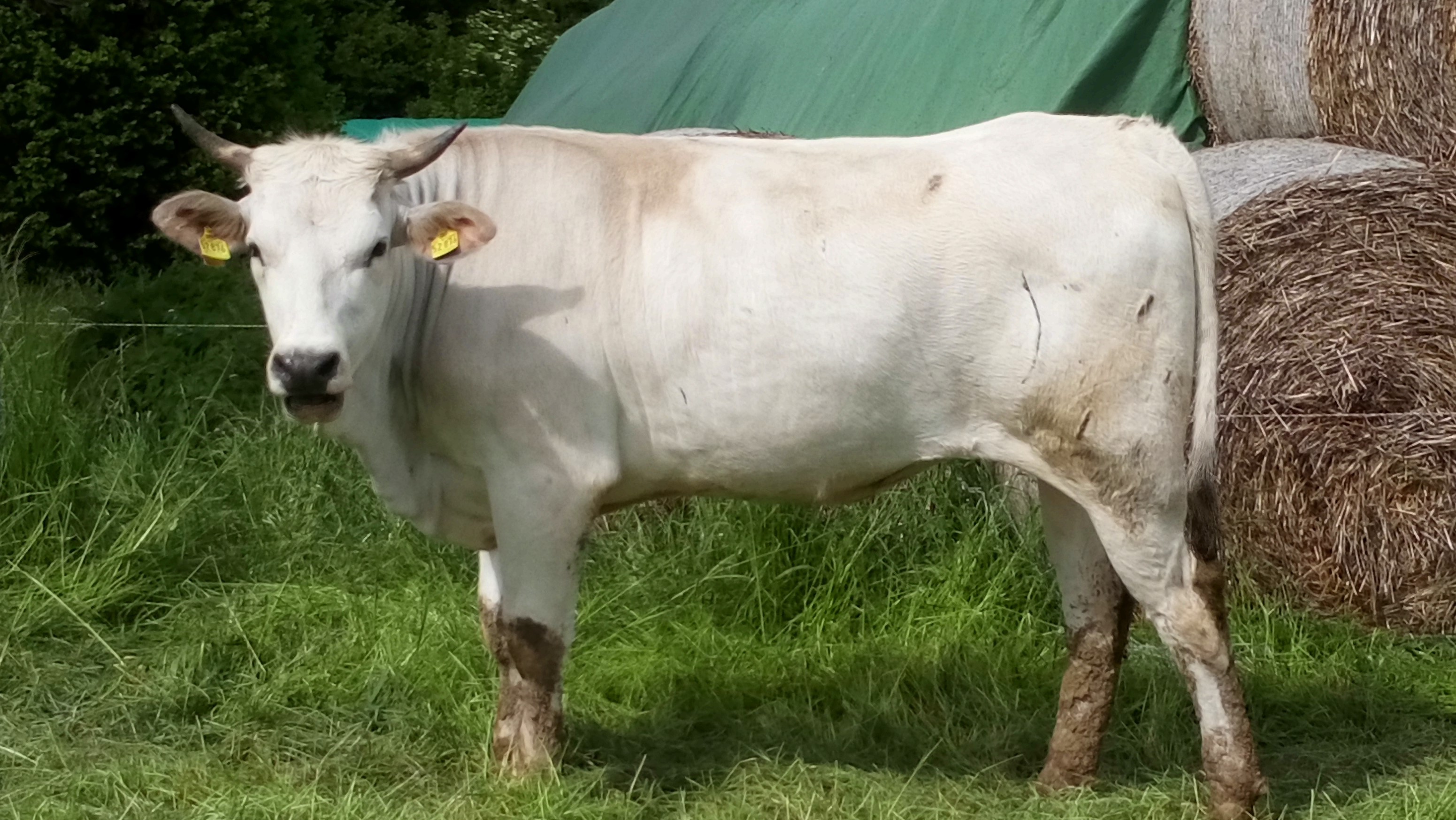 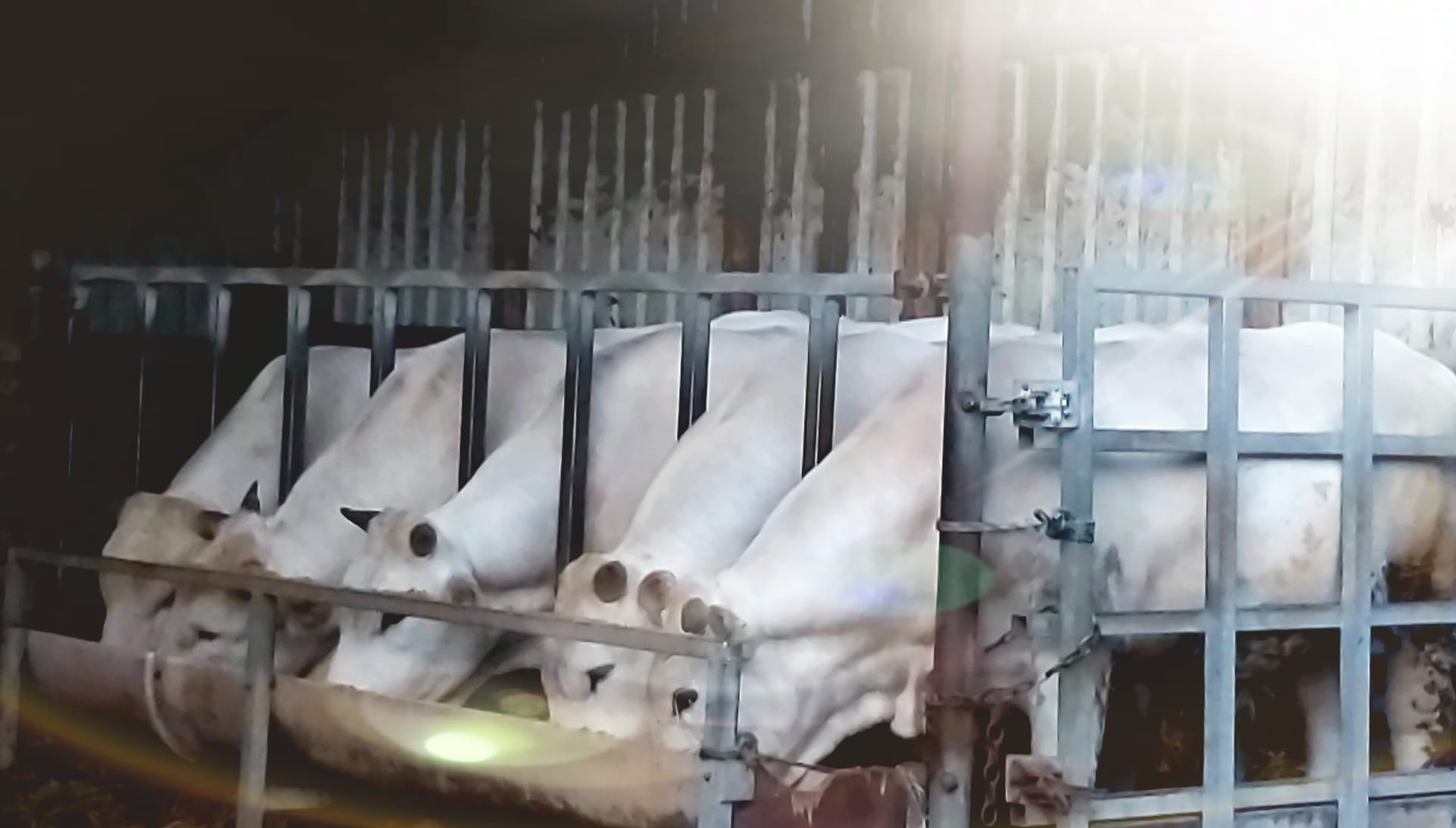